When the Court of Arbitration for Sport lifted Manchester City’s Financial Fair Plan ban on Monday morning, it was big news around the world’s sport media.

But one country which managed to turn it into a Wolverhampton Wanderers story, and that’s Mexico.

Wolves fans probably have an idea of the reason for that, as for months we’ve been covering stories from Latin America which suggest that Raúl Jiménez should leave the club.

That’s what big Mexican outlets such as Nacion Deportes and Medio Tiempo are claiming again.

They say that with Manchester City going through to the Champions League next season, there’s one less spot for Wolves to fight for, and it’s quite unlikely they’ll get it.

That would make it unlikely for Raúl Jiménez to stay at Molineux next season, since there are top clubs such as Juventus and Manchester United who’ve been interested in signing him.

The Mexican campaign for Jiménez’s move out of Wolverhampton has been on for a while, and there’s a chance it could impact the player’s focus on his future. 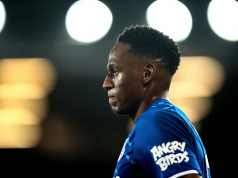 Renewal hinted at for Everton star – Belief deal is ‘possible’, ‘preconditions for him to stay’

Renewal hinted at for Everton star – Belief deal is ‘possible’,...