Home Premier League Arsenal Vieira to Arsenal: A defensively sound manager who has learned from the...
SHARE

When Arsène Wenger and Arsenal decided it was best for their time together to end, a similar feeling to that felt by Manchester United fans when Sir Alex Ferguson announced his retirement took over the Emirates faithful: the fear of the unknown.

They had seen, laughed at and cheered the David Moyes and Louis Van Gaal eras at Old Trafford, yet now they faced a similar situation, one where they had no idea if the next manager would steady an already wobbly ship.

Unlike his previously Manchester based counterpart’s, Wenger’s departure didn’t come off the back of a Premier League trophy, and Arsenal had seemingly settled for a status of top six club without every really challenging for the title, all the while doing their best to make a profit every year.

The decision to appoint Unai Emery as the Frenchman’s successor was met with mitigated excitement, as his relatively uninspiring time at Paris Saint-Germain (he was, after all, beaten by Leonardo Jardim’s Monaco to a Ligue 1 title) didn’t set tails wagging in north London, but it would have to do.

And it has, as the Spaniard led the club to a Europa League final in his first season and only just missed out on Champions League final by finishing fifth in the Premier League, one point behind rivals Tottenham.

It wasn’t a bad effort, but was there any real improvement to what Wenger offered?

The same problems persisted, notably a leaky defence allowing more than twice as many goals to be scored as the backlines of title challengers (Liverpool and Manchester City), and while the back of the net was found over 70 times in the Premier League, dropping points against the likes of Southampton, Crystal Palace (twice) and Brighton (twice) showed a lot of work was still needed.

The board has worked towards giving Emery the tools he felt he needed to take the club to another level, splashing the cash on Nicolas Pépé and Kieran Tierney while adding experience at the back with David Luiz, but there is a feeling the former Sevilla man’s job doesn’t have the same security than those above him, like Pep Guardiola and Jürgen Klopp.

So when Patrick Vieira was interviewed about whether or not he dreamed of managing Arsenal one day and his answer was ‘Of course’, there was no calm and composed response from the fanbase making a case for their current manager to stay at the helm for the foreseeable future.

Some wanted time alone with the article, and there was a general excitement at the thought of a former player taking over at the Emirates, with (likely) dreams of Invincibles football returning to their club.

This idea of club legends coming back to their former sides and fixing everything is certainly one becoming more and more popular in modern football, starting (at least in recent years) with Pep Guardiola’s success at Barcelona.

Zinedine Zidane did a very good job at Real Madrid (at least the first time around), while Diego Simeone is still at Atlético Madrid and is practically part of the furniture these days.

While it has worked for those three clubs in Spain, elsewhere is perhaps a different story.

Take Thierry Henry at Monaco, for example, as the former Belgium assistant manager arrived at the principality club with an aim to revolutionise everything and turn Leonardo Jardim’s slump around.

Gennaro Gattuso at Milan went considerably better, as he came very close to returning his beloved club to the Champions League, but problems behind the scenes meant he quit after just one year.

Ole Gunnar Solskjaer is struggling to make a case for his long-term appointment being a good idea these days, while Niko Kovac is doing better, but not exactly convincing everyone at Bayern Munich.

These are just some examples, and there are many more, yet there’s something about Patrick Vieira to Arsenal that makes a lot of sense.

One of the first, very apparent traits displayed by Nice when the Frenchman arrived was a defensive stability the club hadn’t seen in a while.

Just look at the 2018-19 campaign, for example, as Nice ended the season with the second best defensive record, conceding as many goals as Paris Saint-Germain (35 in 38 games).

While already solid, the statistic is even more impressive when you take into account the fact that Nice lost 4-0 twice and 3-0 three times, meaning 17 of their 35 goals were conceded in five games.

That leaves 18 goals conceded over the remaining 33.

Football is unpredictable, so sometimes blips happen (hence the routs), but that stat line above is something Arsenal fans can only dream of these days.

There is a flip side to all this, however, as Nice, who finished seventh, struggled massively down the other end of the pitch, often relying on 1-0 wins to pick up three points.

Their 30 goals were the third worst record in the league, only bettering the two automatically relegated sides Caen (29) and Guingamp (28).

That’s not Vieira’s fault, however, as his options up front weren’t exactly great when you consider his star striker was a Mario Balotelli, who wanted to leave (he eventually did in January to Marseille), while young signing Myziane Maolida spent the second half of the season injured.

Mickaël Le Bihan was only called upon late on, which left Vieira with little choice but to rely on youth, as he promoted Ignatius Ganago, who ended up scoring twice in 20 appearances.

He also occasionally played Allan Saint-Maximin through the middle, but it was clear the winger wasn’t at his most comfortable there.

At Arsenal, however, we all know these problems don’t really exist, with the likes of Pierre-Emerick Aubameyang, Alexandre Lacazette, the newly acquired Gabrielle Martinelli, and, of course, Nicolas Pépé, all capable of finding the back of the net with relative ease.

Regardless, Vieira managed to get Nice to somehow pick up 56 points by scoring 30 goals, and he did so without sitting back, either, as his side averaged 54% of possession throughout the 38 fixtures.

He’s also a big fan of a 4-3-3 formation, but has shown some flexibility when needed, often turning to three at the back when faced with injuries or in slightly more difficult games, like against Lyon away early last year, when they walked away with a 1-0 win.

What’s even more impressive is that he did all this with the third youngest squad in Ligue 1 (24.1 years of age).

A great captain on the field at Highbury, the Arsenal legend is also a good man manager when it comes to his current job.

Take Adrien Tameze, for example, as the defensive midfielder became a key part of Vieira’s plans, starting 34 games in Ligue 1 last year, and thrived under his tutelage.

In an interview with 20 Minutes, he said: “I know that for him, my role is one with responsibilities. I’m happy that a coach like him, with his career, trusts me and makes me progress. He’s cool, he’s really close to us.

“It’s good that he’s like this. I had a poster of him when I was little. For him, a midfielder is the balance of the team. You need to be able to bring the ball out, attack, defend. It’s an important role in the organisation. He gives me a huge amount of tips in this regard.”

Perhaps Mattéo Guendouzi could benefit from a Vieira arrival just like Tameze did?

Allan Saint-Maximin, who recently moved to Newcastle United, was equally as excited when asked to talk about his manager to LCI.

He said: “We have a very particular relationship. It’s a bit like with your parents, when they give you a lot of love and expect a lot, you try not to disappoint them. That’s what I try and do, not disappoint him.

“His management style is excellent. He had a great career as a player, he was a coach before, so I think he can really put himself in our boots. It’s really important. He often finds the right words and it helps on the pitch. Plus, we play an attacking style, we like that.”

That’s what’s being said on the player side of things, but the man himself also spoke out about the way he handles business behind the scenes in a candid chat with Le Journal du Dimanche earlier this year.

He said: “As a player, I knew dressing rooms with big egos. I had one myself. Without it, I wouldn’t have done so well. When managed well, that’s a quality. The ideal scenario is that the ego integrates the group. Balotelli had a different one that didn’t help others. He’s not a bad guy, but with the project at hand, working with him is much harder than with someone else. 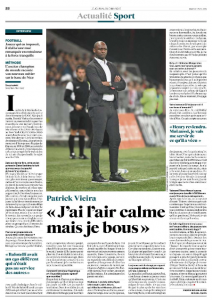 “Looking back, I should have let him go earlier. He’d decided to leave, was late for preseason, but we chatted and tried. It didn’t work; I say it without bitterness or aggression.”

He continued: “Speaking to other managers, I understood that you should certainly not play a role. Players would notice. In the dressing room, I’m entirely myself. I want to be there so I can make them understand how I do things. I seem calm, but I’m boiling on the inside.

“I’m capable of change the tone of my voice and players get it immediately. As a whole, they’ve done well this season (2018/19). We maybe could have done better. A manager is never satisfied.”

Balotelli aside, one of his bigger challenges was getting a young squad to work with some veterans, like Christophe Jallet or Dante, and ensure the harmony remained throughout.

He described his approach: “With those two, we’re more exchanging. With the younger ones, I’m more direct so they know exactly what I want from them. Some use “tu” (the French informal ‘you’), others don’t. Most just call me coach, then they don’t have to choose. Either way, there’s no rule.”

A lot of this, he learned from a man that was hugely important in his career: Arsène Wenger.

He explained: “I liked his relationship with players. It’s because of that trust that so many of his players have done well. If one day, I have a decision to make, I know I can count on his advice.”

A flexible yet defensively stable manager who likes to rely on youth, one who is adored by his current players and who has learned from the likes of Arsène Wenger and Pep Guardiola (during his time with the City Group) on how to approach various aspects of his job.

Perhaps it’s still a bit soon for Vieira to make the step up to the Premier League, as he’s only entering his second season in one of the top five leagues.

Then again, that didn’t stop Chelsea or Manchester United from appointing their current managers.

When the time comes to replace Unai Emery, and it seems like it inevitably will at one point, Arsenal would be foolish not to consider their former midfielder as one of the leading candidates. 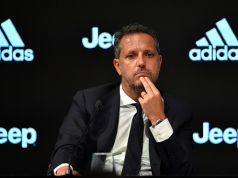 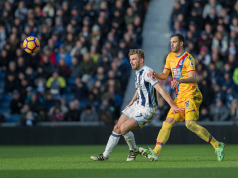 “One of the best” – Agent says sports director is ‘highly...

“Stayed for sake of teammates” – Crystal Palace player ‘blames’ himself...