Real Madrid’s summer transfer window will largely depend on the players they have around Europe on loan. Some will return to the club and fight for a place in Zinedine Zidane’s first team, and others can be sold to raise funds which may provide the financial room to make other signings.

There’s an impressive selection of talent spending this season away from the La Liga side. Achraf Hakimi has done very well at Borussia Dortmund, Martin Odegaard has found his feet at Real Sociedad, yet the other star name, Dani Ceballos, hasn’t done quite so well at Arsenal.

At times hampered by fitness issues, there were claims in January of a potential exit. That didn’t happen, and the midfielder then managed to win the trust of Mikel Arteta.

AS believe that will be the situation as the Premier League returns, and they claim Arsenal are keen on continuing with the player beyond the end of this campaign. That would have to result in a move for the player in the coming weeks, however, there’s no explanation of what the basis would be. 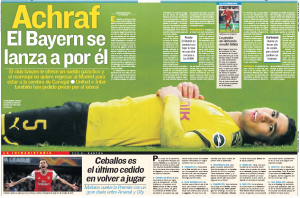 With a contract lasting until June 2023, it’s conceivable Real Madrid may agree to another loan, which could be to Arsenal’s liking. It would also give Ceballos a chance to really showcase himself in London ahead of Euro 2020, set to take place next year.