Home Pick of the Week Player confirms negotiations to join Tottenham, could travel to London in ‘coming...
SHARE 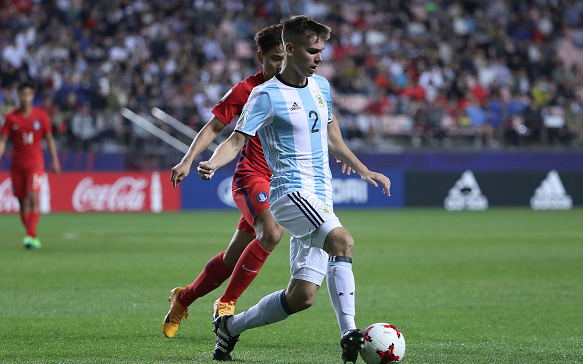 Juan Foyth has been the subject of a Tottenham Hotspur transfer rumour over the past week, with it looking like his current club Estudiantes are trying to build a move for him.

Estudiantes have very pressing financial needs and selling Foyth to Tottenham would solve those. That’s seen the club’s president Juan Sebastián Verón, who played for both Manchester United and Chelsea, fly to Europe this week to try and close a deal.

Verón was an Argentina teammate of Tottenham manager Mauricio Pochettino, and the Estudinates boss has probably been hoping that connection can help.

At the end of the week Foyth travelled with his club to Bolivia for a match, but it wasn’t known if he’d play, given the Spurs rumours. He did, as his club beat Nacional Potosí in the Copa Sudamericana, and afterwards spoke about the potential transfer.

Diario Hoy quote the 19 year old defender as saying: “I know they are negotiating with Tottenham but I tried to stay focused on the game we were going to play.”

The same Argentine media outlet says Foyth could even be set to travel to Tottenham to sign his contract ‘in the coming hours’.

El Dia have Foyth sounding a little less convinced: “To be honest I don’t know. I heard that they are negotiating with Tottenham. But the truth is that I don’t know how far they are going to get and if I’ll finally be transferred. I ask little and I don’t want to know too much.”

The newspaper then asked Foyth if, during the match in Bolivia, it had crossed his mind that he’s close to a multi-million transfer to Tottenham: “No, I never thought that. My head was on winning the game.”