Home Championship Player says period with QPR “was fantastic”, but he’s now at the...
SHARE

Even though it’s now been a long time since Adel Taarabt has left Queens Park Rangers, the London side still has some importance in the midfielder’s career.

The 30-year-old has been interviewed by a Benfica fan via Skype this week, saying he’s well prepared in case the Portuguese league resumes soon.

He’s claimed he’s doing pretty well for the Eagles this season, and that’s one of the reasons why he’d like to fight for the league title until the end.

But before saying he’s living the best time of his career, he had to recall one of the years he had for QPR, which he won’t forget.

“On a personal level, I hope to achieve many things. Now I feel like I’m at the top of my career. I feel good on my way, I feel strong and fit. So I will try to achieve as much as I can,” said Taarabt (via A Bola). 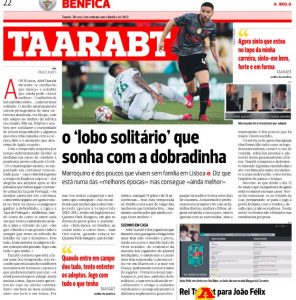 “This season, at Benfica, things are going well… but I had another one, when I was at Queens Park Rangers, which was fantastic: I scored 19 goals and made 21 assists… but this season at Benfica is by far one of the best I’ve had too… but I think I can still do better.”

Taarabt joined QPR in 2009 on a loan deal from Tottenham Hotspur, with his move being made permanent the following year. He stayed at the West London side until 2015, and had loans at Fulham and Milan during this period. He had 164 appearances, 34 goals and 42 assists for the Loftus Road club.