Yuta Toyokawa is an absolute hero in Belgium.

Since moving from the second tier of Japanese football, the 23 year old hadn’t really made much of an impact at Eupen, with just three appearances to his name.

The most notable thing about the player’s transfer had been confusion over who actually owned him. When Eupen announced the signing they reported on their official website that Toyokawa was on loan from Leeds United until the end of the season.

Leeds sent out a denial but it continued to be reported in Belgium, and Eupen left the claim on their website, something which is still there to this day.

At the weekend, Claude Makelele took a gamble as Eupen looked to avoid relegation, and threw Toyokawa into the mix against Mouscron. The Japanese youngster scored a hat-trick, added an assist and saved his club from relegation. It’s still odd of course, especially given the Leeds angle came from an official Eupen statement. The Aspire connection between the two clubs helped caused the confusion, and helps to continue any doubts around the deal. 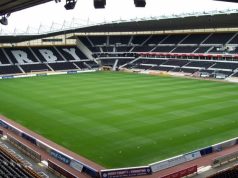