Everyday this week, L’Équipe in France have had an update on Monaco’s interest in Tiemoué Bakayoko and their potential move to bring him back to the principality.

The Ligue 1 club are in desperate need of a defensive midfielder and the player is on the fringes of Frank Lampard’s squad at Chelsea, making this, on paper at least, a match made in heaven.

However, Thursday’s edition of L’Équipe revealed that, for now, he was waiting to see if Champions League clubs came knocking before making his mind up about the Monaco move.

The principality club, however, don’t want to wait, and the French newspaper on Friday explain a meeting between them and Bakayoko’s representatives is scheduled for today. 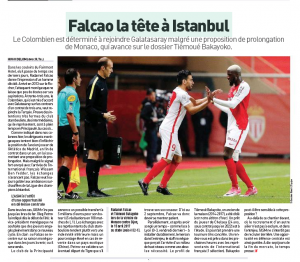 Monaco are studying the feasibility of a potential deal, and it’s stated it could take a ‘very concrete turn’ before the end of the transfer window.

The France international has yet to feature under Frank Lampard this season, and doesn’t seem to  be in his plans going forward.

For a 24-year-old coming off the back of a good season out on loan at Milan, that’s got to be a kick in the teeth.