Unable to convince Maurizio Sarri last season at Chelsea, Tiemoué Bakayoko is facing the same struggle under Frank Lampard despite a good season on loan at Milan last year.

The defensive midfielder wasn’t even selected for the large bench at the manager’s disposal for the UEFA Supercup, further emphasising an exit is once again on the cards this summer.

Whether it is temporary or permanent remains to be seen, but L’Equipe on Thursday claim the player is ‘resigned to the fact’ he will be loaned once again.

Monaco are very interested in bringing back their former player, and while he is aware of that, Bakayoko is, for the time being, making them wait as he hopes a team qualified for the Champions League comes knocking for his services. 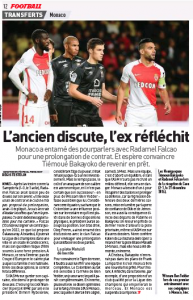 He is ‘thinking’ about the move back to the principality, and all the Ligue 1 side can do until he makes his mind up is wait.

The 24-year-old made 42 appearances in all competitions last season in Italy, starting off slowly but eventually became one of Milan’s most consistent players in a campaign that saw narrowly miss out on a Champions League qualification.