West Ham United have long had Marseille’s Duje Ćaleta-Car on their transfer agenda.

The Hammers made a late bid for the defender in the summer of 2020, but he turned them down to play in the Champions League with the French club last season.

On August 5th, La Provence reported David Moyes’ side are ‘keeping an eye’ on the 24-year-old for the ongoing window.

A day later, we covered claims made by L’Equipe that West Ham had made a ‘first offer’ of €14m, with additional payment in bonuses, while the Ligue 1 side would like to receive €20m to sanction the centre-back’s sale.

Tuesday’s edition of L’Equipe has a long report focusing on Marseille’s plans for the final weeks of the window, as they are ‘waiting’ for English clubs to make approaches for some of their players. 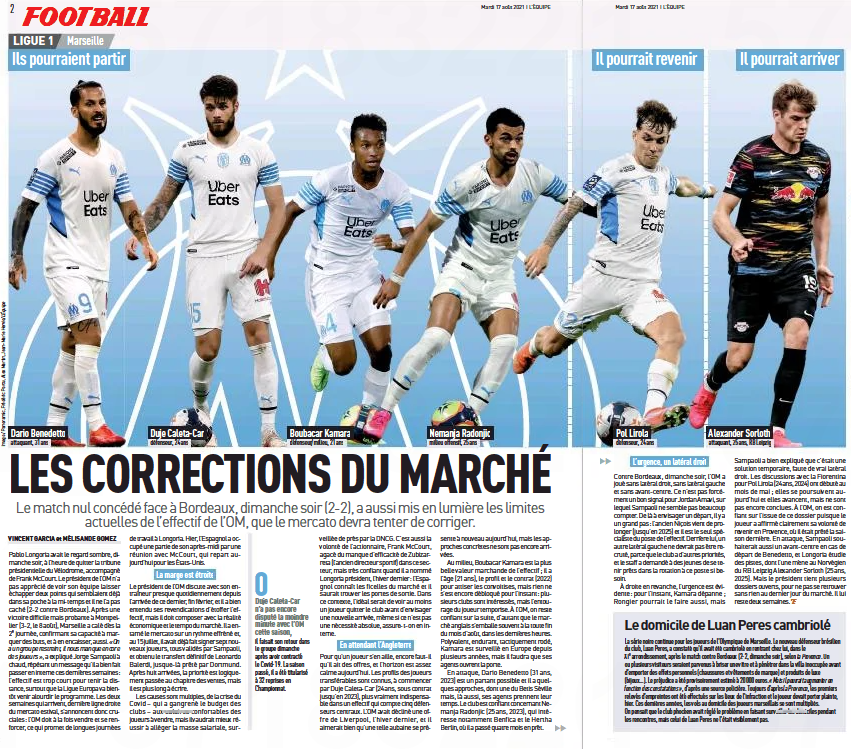 It’s said the Croatian is among the ‘transferable players’ and the newspaper further adds ‘for a player to leave he still has to have offers, and the horizon is pretty calm today’.

In other words, L’Equipe are insisting Marseille have received no proposals from West Ham [or anyone else] for Ćaleta-Car [or any other players] despite the same outlet earlier stating the Premier League side have made the ‘first offer’.