Paul Pogba starred for Manchester United in their 5-1 league win over Leeds United on Saturday and grabbed headlines after assisting four of the goals scored at Old Trafford.

The midfielder continues to be in the news as his long-term future remains uncertain. With a current deal expiring in 2022, Pogba hasn’t extended his contract and made no indications of having a desire to sign a new deal.

Reports in the English press have discussed Real Madrid as one of the options for the 28-year-old, if he decides to leave the Red Devils as a free agent.

AS relay these claims and add the France international is an ‘old dream’ for the La Liga side.

Although his great supporter Zinedine Zidane is no longer at the club, Los Blancos will ‘study the option’ to sign Pogba, due to his ‘unquestionable quality’ and the impact he’ll have at a marketing and sponsorship level. 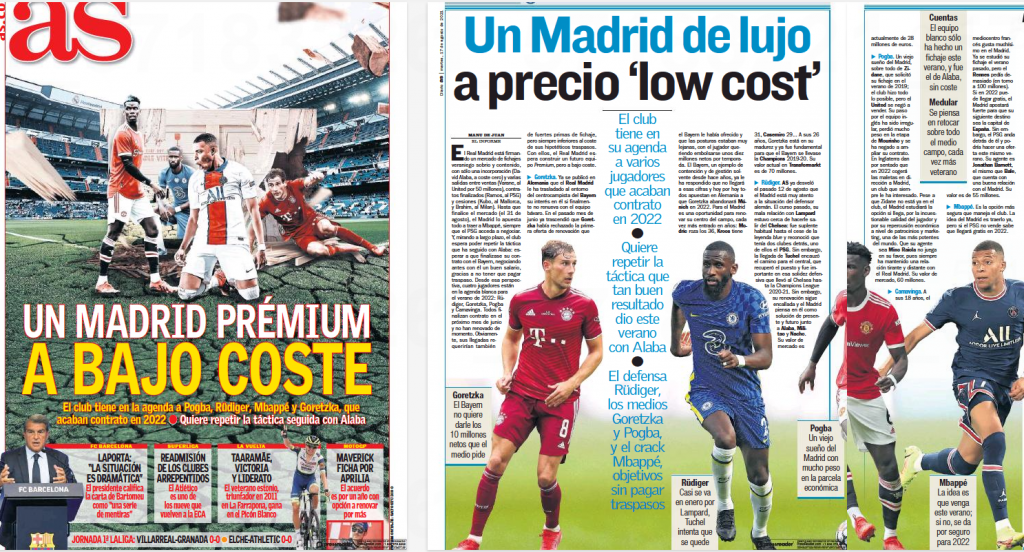 The former Juventus man having Mino Raiola as his agent ‘does not play in his favour’, due to the super-agent’s ‘distant relationship with Real Madrid’.

Another report from AS explains the Spanish giants follow several players whose contracts expires in 2022 and it ‘is a fact’ that Pogba is among them.

In the event the player decides against signing a new deal with Ole Gunnar Solskjaer’s side, he would have an option to join either Real Madrid or Paris Saint-Germain.

If such a scenario arises, AS are of the belief Pogba’s ‘main intention’ is to go to the Bernabéu. Having said that, the newspaper adds the ‘question of salary’ will end up being decisive as PSG could beat Real Madrid to sign the Frenchman by offering better wages.