Home Europe Everton ‘have not yet communicated’ their transfer intention, as club look towards...
SHARE

Before the start of the season, Everton signed Andre Gomes on a season-long loan deal from Barcelona.

As a part of the transfer, the Merseyside club don’t have an automatic option to make the midfielder’s deal permanent and they will pay €2.25m as a loan fee to the La Liga winners.

An injury in the summer forced him to wait until October to make his Premier League debut and since then, he’s made 20 appearances in the league, which includes 19 starts. The Portugal international has been a key player under the guidance of Marco Silva.

Earlier reports suggested the Toffees ‘want’ him and are willing to negotiate a fee with the Spanish champions to sign the player on a permanent transfer in the summer.

Journalist Miguel Rico, writing on the last page of Thursday’s edition of Mundo Deportivo, claims so far that Everton ‘have not yet communicated’ with Barca about their intentions 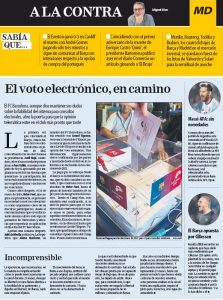 of taking the option to make Gomes’ move to Goodison Park permanent.

Gomes’ contract with the Blaugrana runs down in 2021 and he’s unlikely to have a future at the Camp Nou.

Barcelona, who are keen to sell and want to count the fee for their summer business, now need to wait for Everton to make a move.