The agents of Napoli midfielder Allan are expected to meet with the club at the beginning of next week to present Everton’s offer to them.

That’s according to Il Mattino, who say the Blues are still looking for a discount on the Brazilian midfielder.

Allan has long been linked with a move to Goodison Park, with rumours first emerging in the January transfer window.

Everton were thought to have made several bids for him during the window, but a move never happened, with Napoli elected to stick with him for the remainder of the season.

The rumours have continued despite that, though, with reports indicating that the player is an ‘express wish’ for Ancelotti this summer.

Most of the rumours have come courtesy of Il Mattino, whose last update stated that Everton were doing ‘more and more’ to secure Allan’s signature.

They follow that up today by claiming that the player’s agents are ‘expected’ to meet Napoli chief Aurelio De Laurentiis in Capri at the beginning of next week to ‘present Everton’s offer’ for the player. 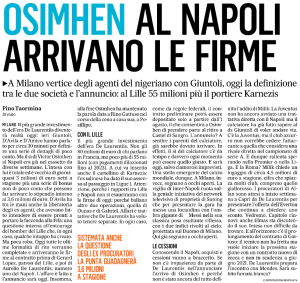 The Blues are said to be still looking for a ‘discount’ on the Brazilian, although the newspaper don’t mention any prices at this point.

It had been established earlier this year that De Laurentiis wanted €40m for Allan this summer, a price Everton simply aren’t going to pay.

It is likely that price they want to bring down, although it remains to be seen what price they are looking to pay to reunited Allan and Ancelotti at Goodison Park this summer.