Kai Havertz has 10 goals and eights assists in all competitions for Bayer Leverkusen this season and has been on the radar of big clubs.

On January 30th, we covered claims from Germany that the Bundesliga side are ‘expecting’ a summer bid from Liverpool for the attacking midfielder. It was also explained the Merseyside club could face competition for his signature.

This week’s edition of SportBild takes a look at the 20-year-old’s possibility of joining Bayern Munich.

Havertz’s chances of landing at the Allianz Arena mainly depend on the fee needed to complete his signing. His employer continues to dream of a fee ‘over €100m’.

However, those at the Bavarian club see things differently. In addition to this, Bayern ‘doubt’ clubs like the Reds and Barcelona are ‘actually willing’ to pay big fee for a ‘talented German’. 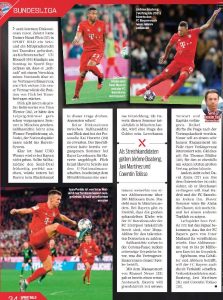 This gives them some confidence that Bayern could have a clearer road should they want to take action at a later date.