It’s been revealed Emanuelson has signed a one year contract with Utrecht, with the option of a additional season. The Dutchman was recently given a trial by the Eredivisie side, and it seems he did enough to convince the coaching staff to offer him a contract.

On joining Utrect, Emanuelson said he’s made mistakes with the clubs he’s joined in the past: “Maybe I made wrong choices.”

The attacker arrived at Hillsborough last summer, and much was expected of the former Ajax and AC Milan player. Emanuelson didn’t start any games for Sheffield Wednesday, before injury ruled him for several months.

Despite returning towards the end of the season, the player wasn’t involved in the club’s two playoff games with Huddersfield Town, and was eventually released at the end of last season. 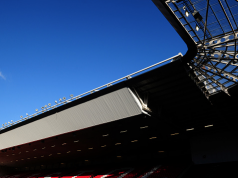