Rodrigo Moreno to Leeds United is being taken genuinely seriously in the Spanish sport media.

The rumour started with Gianluca Di Marzio in Italy, and Marca then said they’d had the news backed up by their own sources, which they suggested were close to the Premier League club.

Monday’s edition of Sport states Valencia are now ‘negotiating’ the player’s sale to Leeds. The La Liga club are in something of a financial crisis which has hit a perfect storm.

Already in a difficult situation, Valencia failed to qualify for European football for next season, and then the pandemic also damaged their accounts.

They need to bring in more money via transfer fees, and reduce their wage bill further.

That’s why Rodrigo to Leeds has a realistic chance of happening, and despite Atletico Madrid also being credited with interest, 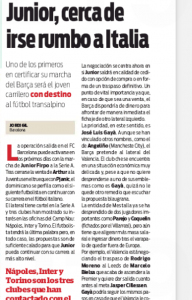 Leeds United interest is carried across the Spanish sport media again today, with a potential transfer fee put at €25-30m.