As you may know by now, there is a good chance that Chelsea’s Jorginho will return to Italy at some point in the future.

His agent has said as much a number of times in the past, and it’s no secret the player will want to go back to Serie A, where he excelled before moving to the Premier League with Maurizio Sarri.

The issue in all this is the fact clubs in Italy aren’t exactly prepared to give him the wages he currently has at Chelsea, although one might in Juventus.

They’ve been the favourites to get the Blues man for a while, and Gazzetta dello Sport on Tuesday make it clear he remains their ‘plan A’ to bolster their midfield in the summer. 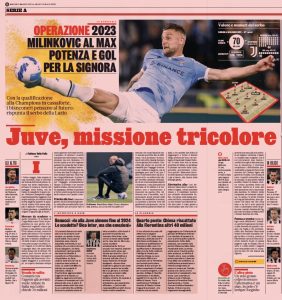 Not only that, but contacts with Jorginho’s agent, Joao Santos, are ‘already at an advanced stage’, but there’s no denying ‘the situations has become complicated’ because of everything going on at Stamford Bridge.

There will likely need to be some clarification on that front at Chelsea before anything gets done, but it’s clear there will be more of this going forward.

That’s just how things are when it comes to Joao Santos and the Italia media.