Eden Hazard’s contract at Chelsea will run down after the end of the next season and the forward has expressed his desire to join Real Madrid on numerous occasions.

Several reports in Spain indicated the Belgium international wants to join the Champions League winners in the summer and has already turned down multiple offers from the Blues to extend the current deal.

This was before FIFA handed the west London club a ban from registering players for the next two transfer windows and the Premier League side still do not ‘lose hope’ of extending their star player’s contract, if the reports are to be believed.

According to Le10 Sport, discussions are already ongoing to extend the 28-year-old’s contract beyond 2020, even though there is talk about interest from the Spanish capital club.

So far, Chelsea have not received an offer from the La Liga giants, but it is reported that the fee Real Madrid are willing to pay for Hazard is far from what his employers would demand for a transfer.

The next few months will be interesting to see if Hazard will be at Chelsea beyond this season or not. 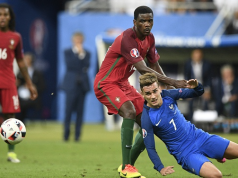 Journalist explains reasons why player is right to snub Everton and...