Real Madrid want Robert Lewandowski but Bayern Munich don’t want to sell, therefore Madrid friendly media need to conjure a variety of scenarios which could see the Polish striker get the move he wants.

It’s going to be very difficult indeed, with Bayern already saying there’s no chance Lewandowski is going anywhere, but Spanish newspaper AS believe all the German club really need is a replacement.

This is where Chelsea’s Alvaro Morata comes into the picture. AS state Bayern have several options to replace Lewandowski, and those players are named as Morata, PSG’s Edinson Cavani, and RB Leipzig’s Timo Werner.

The Chelsea player certainly hasn’t been strongly and repeatedly linked to Bayern Munich and it’s curious as to what the Bundesliga club would value Morata at. 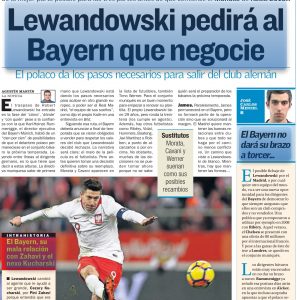 Considered more likely in Germany would be Werner making the move to Bayern, especially because he’s being lined up as a star of the national team.