Not for the first time, Matteo Darmian is being linked with a move to Barcelona.

The Manchester United outcast only has a year left on his contract at Old Trafford and has seemingly been on the verge of a return to Italy since the summer after he arrived in England.

Darmian has often been the second or third choice of top Italian clubs, always there as an option but not quite tempting enough at the prices Manchester United have asked each window.

It’s an assumption he’d be cheap which is said to be attracting Barcelona.

The Catalan club want a cheap back-up left-back, report Mundo Deportivo, and whilst Darmian is primarily a right-back, he can perform in that position too. The club are ‘attentive’ to him. 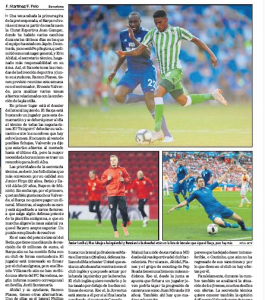 Bayern Munich won’t sell David Alaba, and he’s not being a back-up anyway, and other options include Junior Firpo and Philipp Max.

Barca ‘don’t want to spend a fortune’, and it’s believed Manchester United would sell for less than €10m.

Regardless, Darmian moving to Barcelona would be quite a surprise.