Even though Real Sociedad striker Willian José isn’t a player who’s been heavily linked to Newcastle United, it looks like the Magpies have been working on signing him for a while now.

The first information about the chase was revealed by the Brazilian himself in October 2019. Speaking to Marca, he mentioned an offer he had from the Premier League side the year before.

“I want to play in the Premier League one day, but for now I am happy here. I had an option to go to Newcastle last year (but) I’m happy at Real Sociedad, and I ended up staying.”

And the interest from the Magpies didn’t go away, because according to the striker’s agent, the club made a new attempt to get him in the last January transfer window as well.

Speaking to Brazilian journalist Jorge Nicola this week, agent Nick Arcuri said Newcastle were among the competitors to sign Willian José this year.

“So I tell everyone, just in this January market, he had, that’s official, alright Jorge? He had Barcelona, he had Tottenham, he had Manchester United, he had Newcastle.”

When asked about who got closest to signing Willian José in the January window, he claimed it was Tottenham.

“Tottenham. They got to offer between… they wanted to offer a player and an amount, so it was about €30m.”

Maybe Newcastle United can return if their takeover is completed. 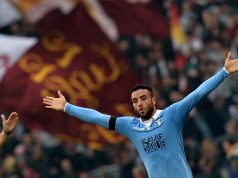