Anouar Ait El Hadj made his Anderlecht first team debut last season and after making only 2 league appearances in the 2019/20 campaign, the 18-year-old has been featuring regularly this term.

This shows the midfielder, who can also operate on either side of wings, was right to turn down an earlier approach made by Tottenham Hotspur.

Four days ago, we carried a report from Het Nieuwsblad, who explained the teenager ‘declined’ an opportunity to join the north London club.

Saturday’s edition of the same newspaper has another report on El Hadj, which also includes comments from the Belgium U18 international. The the versatile player details his father rejected Spurs after they came forward for his signing.

“My dad was always my great counsellor. He went to every foreign match. Even when we played a friendly in Poland, he was the only parent present,” El Hadj told Het Nieuwsblad. 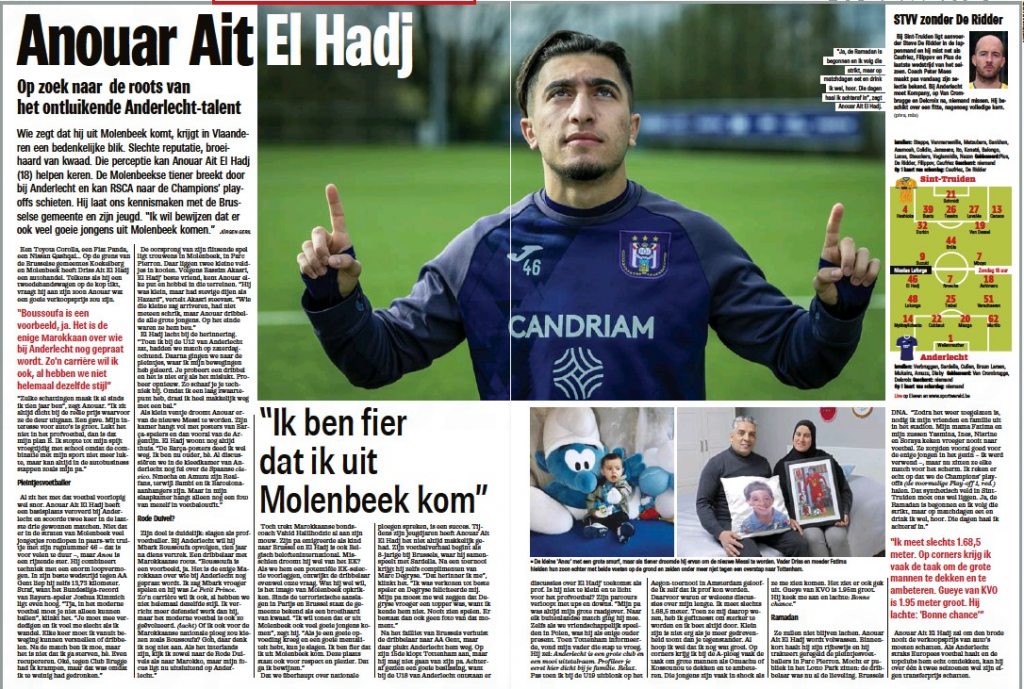 “When Tottenham inquired, my father thought that step [was] too soon. He said: ‘Anderlecht is a big club and a nice showcase. First prove yourself close to your family here. Relax.’ Only when I excelled at the U19 Aegon tournament in Amsterdam, I believed that I could become a professional.

“Before that there were sometimes discussions about my height. I only measure 1.68m. When they pointed this out to me, I have been exercising to get stronger and I was always biting through.

“Being small is okay if you show more drive than your opponent. Although I do hope that I will grow a bit. On corners I often get the task of the A-team to cover and mark great men like Onuachu or Kossounou. Those guys are often in shock when they see me coming. It also looks silly.”

Het Nieuwsblad add that ‘in retrospect’, it was a ‘good decision’ from El Hadj and his father to turn down Tottenham’s approach. That’s because the youngster has played in 21 league matches this season for the team led by Vincent Kompany.