Rui Patricio has made it clear to Wolverhampton Wanderers he wants to leave this summer and is waiting on Roma to make a move for him.

That’s according to Corriere Dello Sport, who say the goalkeeper is determined to secure an exit and link up with Jose Mourinho in Italy.

They explain that during talks with Wolves managing director Matt Wild, Patricio made it clear he would not extend his deal, which expires in 2022.

That is because of two factors; he is ‘sorry’ for the departure of Nuno Espirito Santo and also because he has an ambition to ‘discover another championship’.

He is ‘waiting for Roma’ and the opportunity to work with Mourinho, which would be ‘another reward’ in a career that’s seen him win seven cups with Sporting and both the European Championship and 2019 Nations League with Portugal.

Patricio is currently training with Portugal ahead of the Euros but has asked his agent Jorge Mendes to ‘clarify his future’.

While he has respect for Wolves, he has no intention of backing down and is determined to secure a move to Roma, who are his ‘preferred solution’.

Mourinho wants an experienced goalkeeper for his new team and has asked Roma to find one as soon as possible. Patricio has the ‘right history’ to fill the spot, and so he is a target.

There is no mention of contact with Wolves as yet, but with Patricio making his stance clear, this one could pick up and be sorted quickly.

‘Pre-alert’ – With Bruce exit ‘around the corner’, manager in picture for Newcastle job 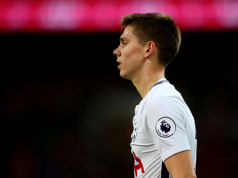 ‘Pre-alert’ – With Bruce exit ‘around the corner’, manager in picture...

‘His commitment is total’ – Club benefitting from signing Tottenham player,...

3/10 – Arsenal player has Sunday nightmare, in contrast to Mikel...