The winger has less than six months left on his contract and the Catalan club were keen on getting rid of him in the recently concluded window.

Sport on Tuesday explain the 24-year-old received interest from the Premier League and Paris Saint-Germain.

On the deadline day, Barca chief Mateu Alemany had held talks with a handful of clubs and it includes Spurs. However, none of the options came to fruition since all parties failed to find an agreement for the transfer.

It’s claimed the La Liga side’s €20m demand for the former Borussia Dortmund man and this request had put off clubs in England. 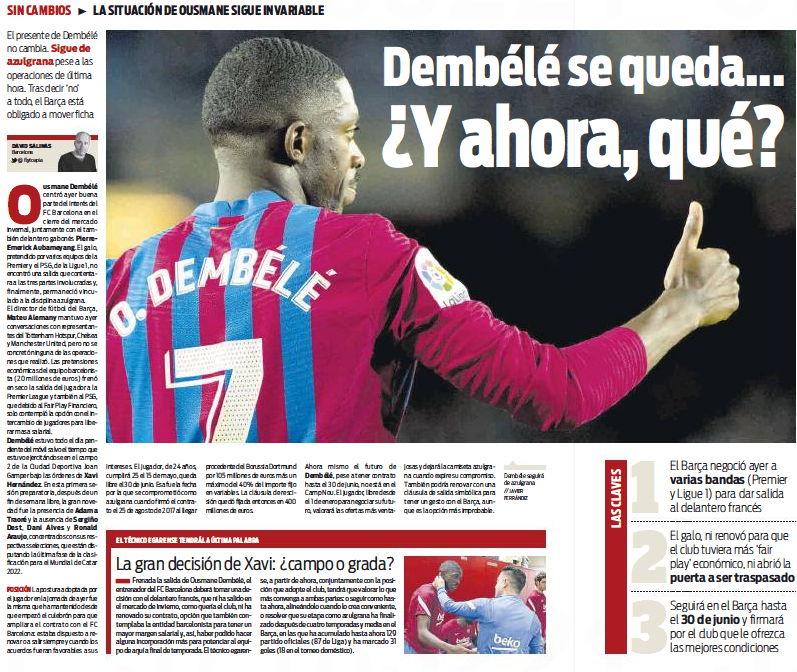 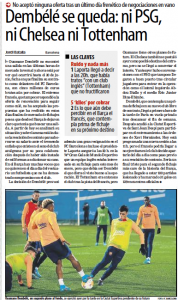 Barcelona president Joan Laporta attended the event, where he told the newspaper, that an ‘English team was interested’ to take Dembélé in the winter market.

According to Mundo, Tottenham were that ‘English team’, but the ‘operation did not bear fruit’.

The France international was not in favour of joining Spurs as he has ‘other plans for the future’.