Ahead of Rangers’ Europa League clash against Standard Liège in the Europa League, it appears Thomas Buffel is doing a tour of the local Belgian media to give insight about the Scottish club.

After all, the number of Belgium internationals to have been capped during their time at the Scottish club isn’t exactly huge (there’s just him), and therefore you can see why they all turned to him.

Earlier on on Wednesday, we covered his chat with DH where he discussed certain aspects of his three and a half year spell at Ibrox (and Steven Gerrard), and he carried on in an interview with L’Avenir.

He kicks off by stating he’ll ‘never forget his time there’, explaining he ‘immediately felt the weight of the legendary club’s history’ as soon as he visited the infrastructures and the stadium ahead of his move.

Then, there’s the fans who blew him away, and this coming from someone who had already played a number of derbies for Feyenoord against Ajax.

He said: “The Glasgow derby, it’s a level above that. On the pitch, I can guarantee you the nervousness and the tension are even greater. You have to live it to believe it, in that incredible atmosphere, that magnificent stadium and its 50,000 fans who don’t stop singing”.

Playing the Champions League during his time there after winning the league in his first season, the forward also went through some lows, with a bad injury kicking off what became the beginning of the end for him at Ibrox.

He explained: “I had to be operated on my knee and I never returned to the team. It was working well, and I absolutely wanted game time, and so I decided to return to Belgium. First at Cercle Brugge and then Genk where I spent eight great seasons”.

As for whether or not he has regrets from leaving Rangers when he did?

“No”, he said, “I lived great things there. The title, the Champions League, I scored against Celtic… and then, to anticipate my post-football career, I think it was important for me to go back to the country”.

Either way, Buffel is still remembered for his time there, and that’s all that really matters to him, as he’s glad to see his beloved club back where it was when he left it, which is fighting for the title in the Scottish Premiership. 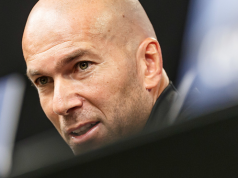