Home Europe Pozzo family have eyes on manager for next season – Either at...
SHARE

On December 6th, Watford appointed Nigel Pearson as their manager until the end of the season and since then things have been improving for the Hornets.

Pearson is the third man in charge of the club this season following on from Quique Sanchez Flores and Javi Gracia. Impressive victories over both Manchester United and Aston Villa have seen Watford climb from the bottom of the Premier League table.

What was beginning to look a hopeless task now appears a possible salvation, with Watford just three points away from West Ham, who have a game in hand, and safety.

Should Pearson achieve what had seemed unlikely and keep the club up, there’s no guarantee he’ll be kept on, with the Pozzo family showing previously they’re ruthless when it comes to managers. 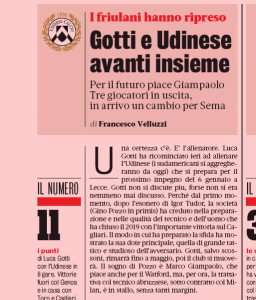 Monday’s edition of Gazzetta dello Sport says the family are looking at Marco Giampaolo, who was most recently in charge of AC Milan.

That’s for either Watford or Udinese, and there’s no further details provided.

He’s just a man on the Pozzo managerial list.