Philippe Coutinho’s career has been in a downward spiral since he left Liverpool for Barcelona in January 2018.

The 29-year-old hasn’t featured in 2021 as he’s recovering from injury. This factor forces the La Liga side to rule out a summer sale [his valuation has dropped], and they will look for him leave on a loan deal, according to Sport.

Barca’s objective is to lower their salary budget and it can be done if Coutinho goes out on loan, with the club that sign him taking care of all or, more likely, part of his wages.

Ronald Koeman’s side will facilitate the attacking midfielder’s transfer this summer, but will not force him to leave the club and expect the Brazilian to make a decision on his future, knowing there will be competition at the Camp Nou. 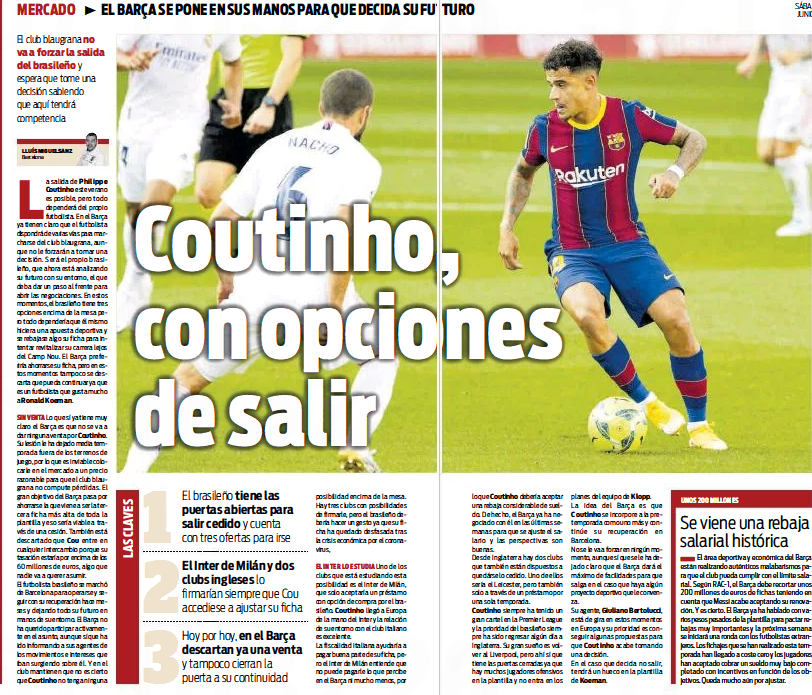 Sport explains there are three possibilities for the player to change clubs and among them is the Merseyside club.

It’s claimed the former Reds star’s priority is to return to the Premier League and his ‘big dream’ is to go back to Anfield.

However, the player has the doors closed at Liverpool since the Reds have several offensive players and Jürgen Klopp doesn’t want to include Coutinho in his plans for next season.