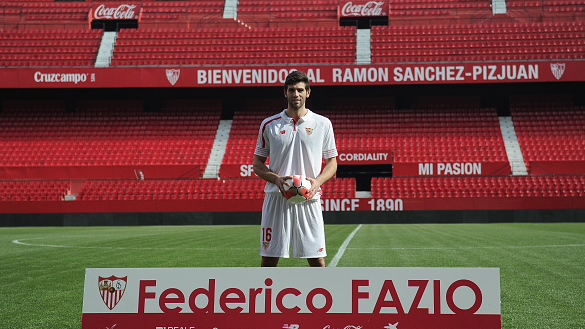 Over the weekend, Italy’s Tuttomercatoweb reported Federico Fazio had given his nod to an AS Roma transfer, that followed earlier claims about interest from the club.

Roma had been said to be on the lookout for a versatile defender, and the Italian press linked Fazio as an idea… despite him not really being versatile.

Nonetheless, the story has grown and Tuttomercatoweb said the player has agreed to the idea of the transfer, but Tottenham themselves have doubts.

That could be because of claims in Spain today about Tottenham interest in young Espanyol goalkeeper Pau Lopez. The 21 year old arriving would likely mean an exit for Michel Vorm, unless Mauricio Pochettino wanted the three.

Catalan newspaper Sport says Fazio could well be part of a deal for Pau. That makes some sense, seeing as Espanyol had been interested in signing Fazio, but weren’t really willing to put up any money to do so.

Tottenham may believe that Fazio is worth more to them as a bargaining chip than anything else.