Home Europe Newcastle ‘one step away’ from completing defender signing – Could be official...
SHARE

That’s it. It appears that Newcastle’s persistence with the Sven Botman deal is about to pay off.

That’s according to Sportitalia, via their journalist Michele Criscitiello, who claim the Dutchman is now ‘a step away’ from ‘closing the agreement’ with the Magpies.

It had been made clear in the past the centre-back was waiting for Milan to reach an agreement with Lille so he could move there instead of Newcastle, but that never happened.

In fact, ‘the long wait’ from the Serie A side ‘is about to cost them dearly’, because the English club ‘took advantage of the impasse’ faced by the Italians.

They are now ‘close to completing the transfer transaction that Milan had tried to set up since January’.

We’re so close to a deal it seems that ‘the official announcement is expected in the next few hours’, meaning that Newcastle are close to getting the man they so dearly wanted to bolster Eddie Howe’s defence ahead of next season. 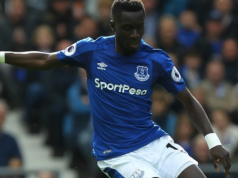 Player ‘hesitating’ about signing for Everton – Toffees ‘putting pressure’ to...

Agent ‘will listen’ to Manchester United offer ‘with interest’ – Club...

Clubs in fierce battle for Tottenham player – Spurs have made...