Celta Vigo midfielder Okay Yokuslu is in talks with Watford about a return to the Premier League this summer.

That’s according to Turkish journalist Özgür Sancar, who recently appeared on Radio Galega to discuss the midfielder’s future.

As you’ll be aware, Yokuslu spent the second half of last season on loan with West Bromwich Albion and proved to be a hit with the club despite their relegation.

His performances in the Premier League means he has suitors in England and but the Baggies have been pushing to get him back if they can.

A recent report indicated he’d be happy to play in the Championship and has a deal in place to return to the Hawthorns but wants to test his other options first.

One of those is believed to be Watford, and Sancar has now picked up on that, with El Desmarque reporting him saying that “Okay’s priority is to play in the Premier League, not the Championship.”

That would rule out a return to West Brom for the time being, with Sancar stating that his agent is now ‘talking to Watford’ and another Premier League team as well as Parma, but Celta “have not yet received a concrete offer.”

The Spanish side are keen to sell though are even willing to accept a low price, with Sancar adding that “they hope to recover at least half” of the €6m they paid for Yokuslu.

Indeed, while there is no offer yet, he is confident one will arrive sooner rather than later, and the midfielder will join a Premier League team in “the second week of August”, so Watford fans would be wise to keep an eye out. 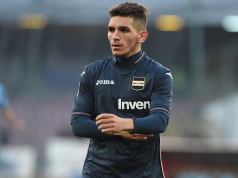