Manchester United could offer €75m for Atlético Madrid midfielder Saúl this summer, with the outbreak of COVID-19 potentially helping them to get a bargain price for the midfielder.

AS explain that the Spanish midfielder is ‘wanted’ at United, who would be willing to pay half of his €150m release clause.

And that is a price that Atlético may be forced to accept if the Coronavirus crisis causes La Liga to be ended prematurely.

Should that happen, Atlético, who are currently sixth in the table and a point outside of the top four, would find themselves playing Europa League football instead of Champions League football next season.

This would cause huge financial issues at the club, who are dependant on qualifying for UEFA’s primary cup competition every year.

Being in the top four means securing a ‘significant financial amount’ – they’ve already earned €77m from the competition this season – but the Europa League numbers don’t come close to matching them.

As an example, AS explain that Atlético earned just €16m from winning the competition in 2018, which is a huge difference.

Thus, should they fail to qualify this year they will have a ‘big problem’ and would find themselves in a position where they need to sell one of their star players.

Saúl would be towards the top of that list, and it’s explained United could offer half of his release clause, which is €150m, so €75m, to sign him and that is the kind of money that Atlético wouldn’t be able to turn down.

Similarly, they say that reports in England suggest United could make the midfielder an ‘economic offer’ that would be ‘very important’, implying that he’d be tempted by the wages Manchester United would be willing to put on the table.

Of course, this is not the first time Ole Gunnar Solskjær’s team have been linked, with rumours every summer suggesting they are ready to make their move.

However, with something of a financial crisis hitting clubs everywhere and Atlético facing the real possibility of being forced into a sale, this summer could be the ideal time for them to turn their interest into something more concrete. 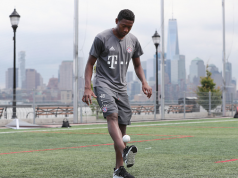