Everton allowed Jonas Lössl to complete a free transfer to FC Midtjylland on deadline day of the last transfer window.

The goalkeeper joined the Toffees as a free agent in 2019, after Huddersfield Town were relegated from the Premier League.

This week’s edition of Tipsbladet has a detailed interview with the 32-year-old, in which he revealed what convinced him to join the Merseyside club two years ago.

“I have taken one step at a time in my career and Everton was also a natural step up when I chose to sign for them,” he said.

“I was captivated by the idea of ​​some coaches and a sporting director who would very much like to have me. It was the conversation with goalkeeping coach Hugo Oliveira, who worked for Marco Silva, and who I’m still very happy about, that convinced me to choose Everton.

“They believed in me and I knew I had to compete with a goalkeeper with a very big CV. But I also looked at the competition and said to myself that I could win that competition.”

Lössl was expected to start in the league for the Merseyside club in December 2019 as Marco Silva and his backroom staff weren’t convinced by Jordan Pickford.

“The goalkeeping coach said after the game against Liverpool [Silva’s last match as Everton manager; Toffees lost 5-2 to the Reds] that I should stay ready because I had to stand in the coming weekend against Chelsea,” the custodian stressed.

“Then the coaches were fired, and then I ended up in the stands the following weekend instead.”

The Denmark international was loaned out to Huddersfield in the second half of last season. On his return to Goodison Park, he dropped down the pecking order after Ancelotti signed Robin Olsen on loan from AS Roma. 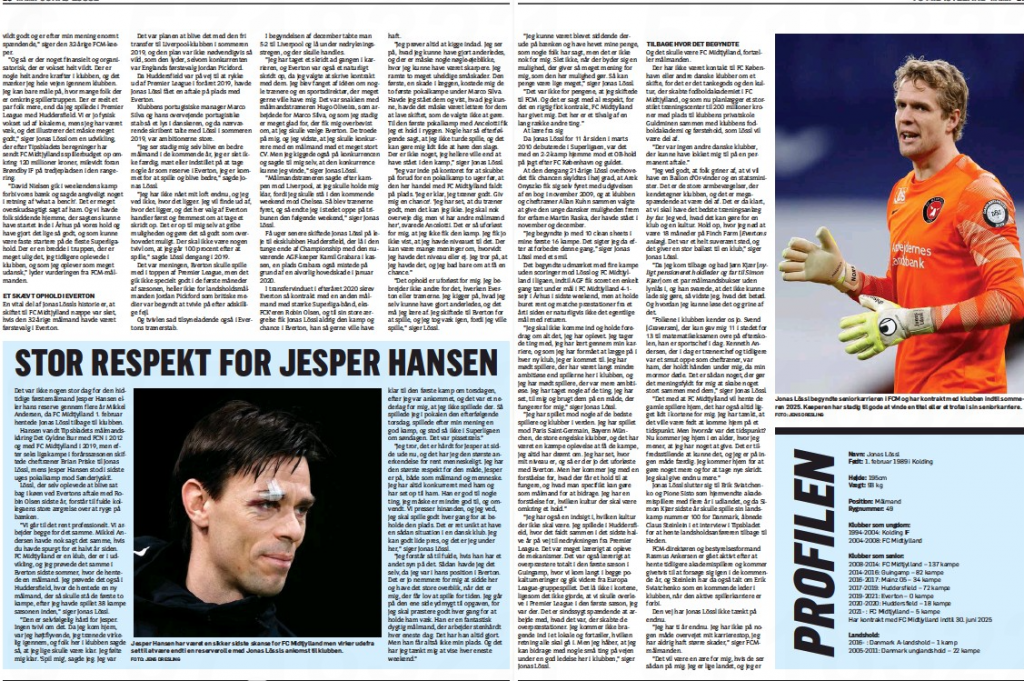 Lössl has now revealed a failure to get assurances from the former manager convinced him to leave Everton in the winter market.

“I was in the office to push ahead of a cup match, two weeks before this deal with FC Midtjylland fell into place. ‘I’m ready, I’m training well. Give me a chance’, I asked Ancelotti. He replied, ‘I’ve seen you train well, but I can’t. I’ll probably consider you, but we have other goalkeepers here’,” he explained.

“It’s so undeserved for me that I did not get to play that match. I was not shown that I had the level for it. There can be many opinions on whether I had that level or not. I believe I had it and I just asked for a chance.

“That stay is unresolved for me. I do not blame others for it, neither Everton nor the coaches. I look at what I myself could have done differently and I must learn from that. I switched to Everton to play, and I went away again because I wanted to play.”