Manchester United are continuing to look in Portugal for potential signings, carrying on something they’ve been doing for a number of years.

The Portuguese market has been a fruitful one for the Premier League club, with Cristiano Ronaldo the biggest and most obvious success, and Bruno Fernandes also having a big impact since he moved to Old Trafford from Sporting.

Friday night saw the Lisbon derby, and O Jogo report that multiple ‘spies’ were in the crowd to watch. Manchester United were joined by the likes of Juventus, Atletico Madrid and Borussia Dortmund, as clubs do their groundwork ahead of upcoming transfer windows.

Sporting were away to Benfica and they won the match 1-3, with goals from Pablo Sarabia, who is on loan from PSG, Paulinho and Matheus Nunes. Pizzi managed to get a consolation goal for Benfica, which won’t do much to soothe the anger of the club’s fans after the result. 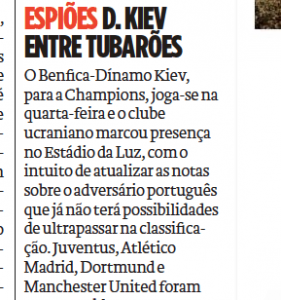 O Jogo believe Nunes was the best performer on the pitch, with Paulinho also having a great game.