As we know, Gennaro Gattuso is a big fan of Tiemoué Bakayoko.

After all, the former defensive midfielder has worked with the Chelsea player twice already in his short career as a manager, doing so when Milan brought him on loan a few years ago, and repeating a similar deal this season when he was in charge at Napoli.

Well, it appears he wants to do so again, this time at Fiorentina, where he took over from Beppe Iachini very recently.

Gattuso is working on improving the squad and analysing where he needs reinforcements, and Gazzetta dello Sport explain the situation.

They report that Aurelio De Laurentiis will wave goodbye to the Chelsea player after deciding against buying outright, but his return to Stamford Bridge could be short. 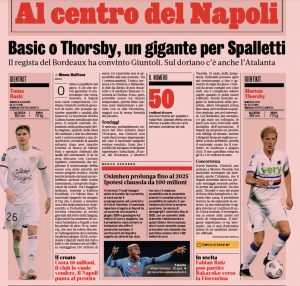 That’s because Gattuso ‘intends to bring him with him to Fiorentina, perhaps with the same loan formula’.

If that is to happen, however, Chelsea would have to work out some kind of contract extension with Bakayoko, whose Stamford Bridge contract expires in 2022.