Home Europe Liverpool ‘above all’ in signing race – Reds could try ‘blitz’ when...
SHARE

Juventus are ‘undoubtedly’ the favourites to sign Dušan Vlahović, but the Serie A giants will have to overcome competition from the Premier League.

That’s according to Tuttosport, who have tagged Liverpool among the English clubs interested in the striker.

At the weekend, Tottenham Hotspur chief Fabio Paratici made it clear the 21-year-old is not in Spurs’ plans.

Although the competitor list reduced for the Turin club, the Serbia international is still  ‘tempting’ top Premier League sides.

The newspaper says it will not be easy for the Old Lady to compete with Manchester City, Chelsea, and ‘above all’ Liverpool. 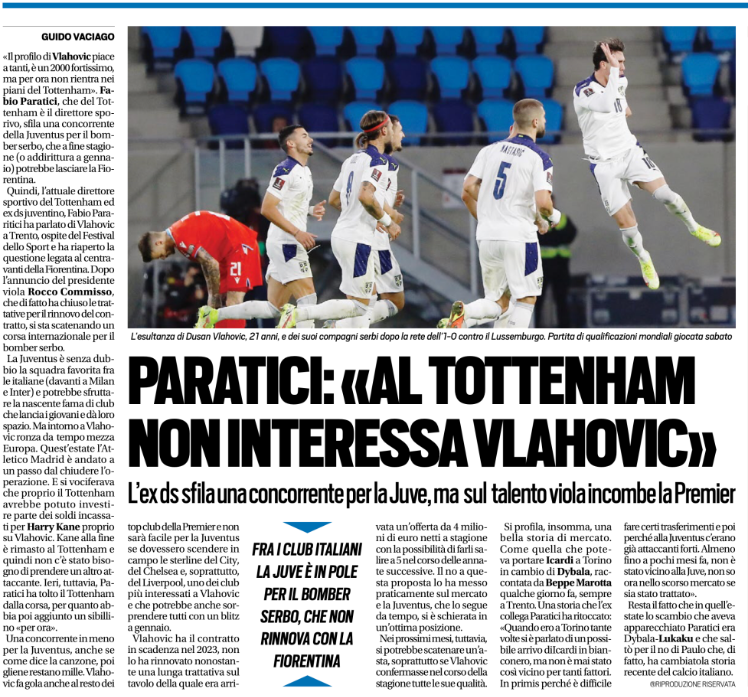 Jürgen Klopp’s side are ‘one of the clubs most interested’ in the frontman. It’s even explained the Reds could ‘surprise everyone’, with a ‘blitz’ for Vlahović in January.

His contract with the Italian club expires in 2023 and Fiorentina chief Rocco Commisso has already confirmed the attacker will not sign an extension.

With Liverpool in the race, along with Juventus, to sign the exciting player, an auction could take place in the coming months, especially if Vlahović continues to shine for Fiorentina.