Ever since it was clear that Georginio Wijnaldum would end up leaving Liverpool on a free in the summer, the Reds have been linked with a number of midfielders.

There was a feeling the club would invest to replace the Dutchman, but it’s in defence that money was spent, as Ibrahima Konaté arrived to add depth in case anything happened to either Joe Gomez or Virgil Van Dijk once again.

This left a gap in the squad that still needs to be filled, and it’s clear that Liverpool continue to look for the right man, enquiring around Europe with various clubs about their players.

Among those appears to be Nicolò Barella, one of Italy’s stars at the 2020 Euros and a huge part of Inter’s Serie A winning squad last season.

The 24-year-old is the embodiment of a box to box midfielder, capable of creating and defending with ease, something Wijnaldum was also capable of doing.

However, following his move from Cagliari, the player has fully committed to Inter, and a barricade has been placed around him, far taller than the ones erected for Romelu Lukaku and Achraf Hakimi.

This is exemplified by their strong desire to tie him down to a new contract well in advance, which continues to be one of their priorities, and Gazzetta dello Sport touch upon on this on Friday, explaining talks ‘will continue in the coming months, without haste given that there is no strict deadline’.

His current deal runs until 2024, and ‘there is time to smooth the corners and to work hard on the bonuses’.

One thing that will not happen, though, is the inclusion of a release clause, ‘despite Paris Saint-Germain and Liverpool having shown interest several times’.

That’s a warning shot at the Reds, who are clearly being told there is no desire to sell Barella, who is more likely to commit his future to Inter, as they look to continue their return to the top of Italian football, currently sitting third in Serie A, four points behind the undefeated Napoli. 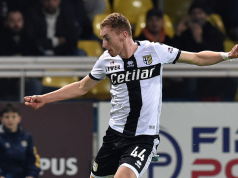 Leeds in ‘market duel’ for player – €3.5m bid made, offer more than competition