Liverpool have emerged as surprise contenders for Real Madrid star Raphael Varane, who could leave the Spanish giants this summer.

That’s according to AS, who cover the French defender’s uncertain future at the Bernabeu today.

The newspaper explains that despite recently celebrating his 350th game for Madrid with a near-flawless performance in the win over Atalanta and being in his ‘prime’, Varane’s future in Madrid is ‘more uncertain than ever’.

That’s because his current contract is set to expire in 2022, and so far, the talks to extend that are not ‘taking hold’.

The centre back already went through a period of doubt and thought about leaving in 2019, but Zinedine Zidane managed to turn that around and convince him to stay.

At that point, Madrid made it clear they would want €500m for the defender, a clear signal to the market that they weren’t interested in doing business. Now, though, their ‘stance is quite different’.

The club are aware he’s set to enter the final year of his contract, and this summer will be the last chance to get a ‘good figure’ for him if the player makes it clear he doesn’t want a new deal.

Madrid will listen to offers, knowing Varane won’t be short of them, and the latest to take an interest in the 27-year-old is Liverpool.

They, as you will be more than aware by now, have gone through a defensive crisis this season, and it’s expected they will look for a long-term partner for Virgil van Dijk come the summer. 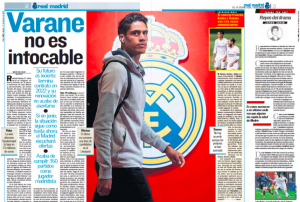 Varane would be an ideal option given his age and experience, with him still having plenty to offer and putting fitness issues firmly behind him as well.

Indeed, in a market where there is a lack of top-level defenders available at affordable prices, the Madrid defender, who is available for €70m, would look like something of a bargain.

For a long time, Madrid had no intention of selling and wanted Varane to be Sergio Ramos’ long-term replacement but if there is no agreement on a new deal they will look for a sale and consider his time at the club ‘absolutely profitable’ for all parties, opening the door for the likes of Liverpool to take him away. 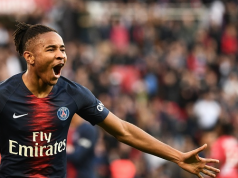