Now firmly in his second year of Premier League football, you’ll be more than aware of how good Liverpool goalkeeper Alisson is.

The Brazilian goalkeeper rocked up at Anfield in 2018 in a then world-record transfer with a big reputation and plenty of expectation.

He has lived up to both of those since establishing himself as arguably the best goalkeeper in the Premier League and the world as far as many are concerned.

Anyone who has come up against the Liverpool goalkeeper will tell you how good he is, with opponents yet to find a real flaw in his game.

One such unlucky opponent is Rayados de Monterrey centre back Nicolás Sánchez, who had the misfortune of facing the Brazilian when they took on Liverpool in the Club World Cup last year.

That afternoon saw Alisson in fine form to helped his side secure a 2-1 win and Sánchez is convinced things would have been very different had it not been for a man he calls an “animal “.

“For me, we didn’t score the second goal because of the animal in their goal,” he told TNT Sports.

“That guy’s a beast; he can’t save that much. They’re the best today, the best team in the world. But we never play them with fear, always with respect for what they are.

“But we gave everything… I can’t claim anything. We didn’t beat them because of that guy, the one in goal.

“It was incredible, the whole second half I was saying that we were going to beat him, that we were close until we got to Alisson.” 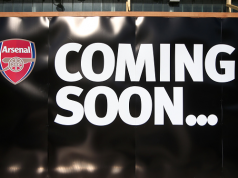