Barcelona asked Ousmane Dembélé to find a new club in the winter market, after he refused to sign an extension at the Camp Nou. His current deal runs down after this season.

Towards the end of the January window, Tottenham Hotspur came forward to sign the winger. However, a deal never took shape.

On Tuesday, we relayed news from Spain that the La Liga side’s chief, Mateu Alemany, held talks with Spurs on deadline day. It was also stated the English club wanted to take the 24-year-old, but he wasn’t keen.

Barcelona president Joan Laporta, his board and Xavi Hernández now have a decision to make whether to give minutes to the France international or send him to the stands.

The directors are ‘still clear’ he should not play again for the Catalan club, according to Mundo Deportivo. The Spanish club are demoted to the Europa League and winning the competition will help them qualify for the next season’s Champions League. 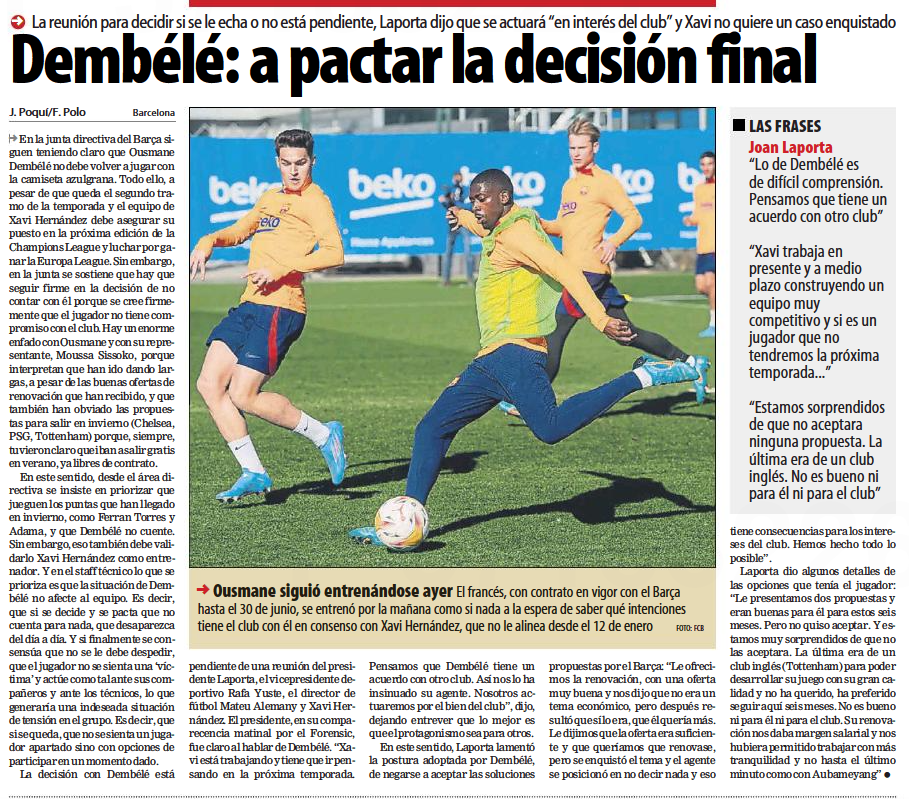 This remains the focus for the second half of the campaign, but the board of directors ‘remain firm in their decision not to have’ Dembélé feature for Barcelona. They believe he has ‘no commitment to the club’.

It’s claimed ‘there is enormous anger’ towards the former Borussia Dortmund man and his agent, for rejecting Barca’s renewal proposals.

Dembélé had offers from other clubs, including Spurs, but he ‘ignored the proposals to leave’ in January. The player and his representative have been clear that they want to leave Barca as a free agent after this season.

Mundo adds Laporta and other top leaders of the club have a decision to make whether to let the attacker feature for Barcelona or not consider him for the rest of the campaign.