Royal Antwerp were successful in taking Maxime Le Marchand away from Fulham late in the winter market.

The Belgian side signed the 31-year-old on a loan deal after failing to land him in the summer.

Le Marchand, who can operate as a centre-back or left-back, arrived at Craven Cottage from Nice in 2018.

After featuring regularly in his debut season in England, the versatile player was sidelined with a back injury for most of last season. This made it difficult for him to have regular opportunities in the Championship.

“The Premier League was a dream come true. But I knew it would not be easy. In my first season I played a lot, but we had three different managers,” Le Marchand told Gazet van Antwerpen.

“We were relegated and afterwards I had a hard time because I had some injuries. We did achieve promotion again, but my contribution was no longer great. Still, I learned a lot at Fulham. I got tougher there.”

The Frenchman made four appearances for Scott Parker’s side this season and his last outing was against Wolverhampton Wanderers in October 2020.

When explaining why he didn’t consider a move to Royal Antwerp last summer, he said: “Then I wanted to recapture my starting place in the Premier League. But after the board got two more defenders at the very last moment, it was over.”

According to Gazet van Antwerpen, Fulham’s decision to bring in new players late in the summer was ‘painful’ for Le Marchand and that’s when he realised “it was over” for him at Craven Cottage.

The former Rennes man detailed what convinced him to join Royal Antwerp after he failed to get a move to France in the winter market. 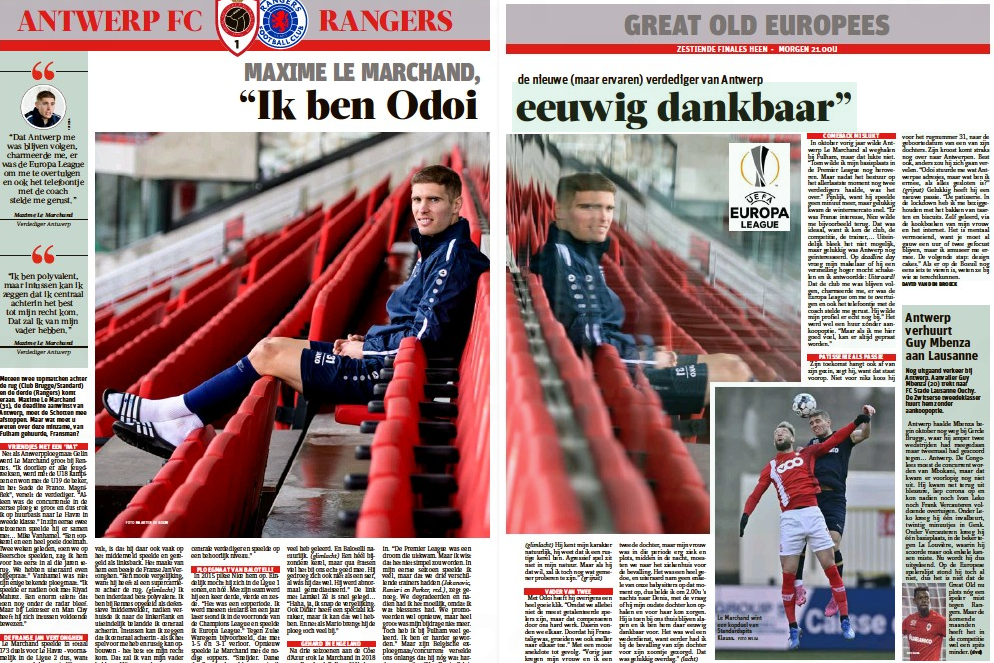 “There was French interest, Nice for example wanted me back. That was ideal, because I know the club, the league, the manager. In the end it turned out to be impossible, but luckily Antwerp were still interested,” he said.

“On deadline day, my agent asked if he could shift up a gear and I replied: ‘Of course!’ The fact that the club continued to follow me had charmed me, there was the Europa League to convince me and the phone call with the coach reassured me. He really wanted my profile to be added.”

Royal Antwerp don’t retain an option to make his stay permanent, meaning Le Marchand will have to return to Craven Cottage after completing the season in Belgium.

Royal Antwerp host Rangers on Thursday and Le Marchand will be in contention for the midweek Europa League tie.