Italian newspaper Tuttosport report in their Friday edition that Andrea Ranocchia’s agent will be arriving in England to try and sort out a move for his client.

Hull City are one of the potential destinations mentioned, and in a sub-headline Tuttosport say the agent will be travelling to scrutinise an offer from Hull, whilst in the article it’s stated the representative will ‘seek’ an offer from Hull.

Either way, Inter Milan and Tullio Tinti, the agent, want to get a deal done.

Inter have been trying to send Ranocchia to the Premier League for quite some time, and many clubs have been linked with a move for the player.

The Milan side want to raise money for fanciful attempts to sign players such as James Rodriguez, and therefore Ranocchia has to go.

The 28 year old is a right footed central defender, his Inter contract lasts until June 2019. If Hull want him they have a reasonable chance of doing a deal, although Ranocchia may not be as keen to join Marco Silva’s side as Inter are to get rid of him. 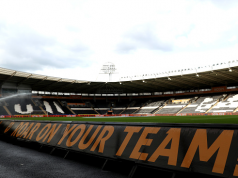