At the weekend, The Mirror reported Tottenham Hotspur are ‘eyeing a summer transfer move’ for Southampton’s Jannik Vestergaard.

BT in Denmark have looked at the claims made in England and state ‘good sources confirm’ (to them) Spurs’ interest in the defender is ‘good enough’.

According to the report, it’s not clear whether or not the Saints have the desire to ‘let go’ of the 28-year-old at the end of the season.

Leicester City wanted the Danish centre-back last summer and he was close to joining the Foxes before Ralph Hasenhüttl blocked the move at the last minute.

BT has warned Southampton that the next window is the ‘last chance’ for them to make money through Vestergaard’s sale, due to his contract situation.

The former Werder Bremen man’s current deal expires in 2022 and this factor gives José Mourinho’s side an ‘advantage’ if they are interested in completing the player’s transfer in the summer.

Spurs signed Vestergaard’s compatriot Pierre-Emile Højbjerg from Southampton in August 2022 and the midfielder had also entered his final year of contract when he left St Mary’s. 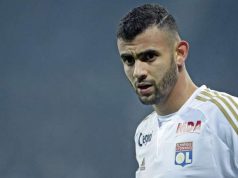