Roma manager Paulo Fonseca would like to bring Everton midfielder Bernard to the club in the January transfer window.

That’s according to Il Tempo, who say the Brazilian remains a target for the Serie A side after links in the summer transfer window.

The Brazilian was linked with a move to Roma at the beginning of last month, with a report from La Roma 24 stating that they were ‘making an attempt’ to sign him as they were struggling to get a deal for Stephan El Shaarawy.

According to their information, they were looking at a deal worth ‘around €7m’, but ultimately nothing ended up happening.

That has not killed off the rumours, though, with Bernard’s agent Adriano Spadoto revealing to the same website that he had tried to convince Everton to sell and that he believed a deal could be done in January.

It appears that is the case, or at least that Roma are going to try and make it happen, with Il Tempo reporting that Fonseca remains determined to sign either Bernard or El Shaaraway to bolster his squad.

They report the Portuguese coach ‘would like’ either player and the indication is that the club are willing to grant him his wish as it’s explained that the club, and specifically the new owners, ‘appreciate’ the work he is doing. 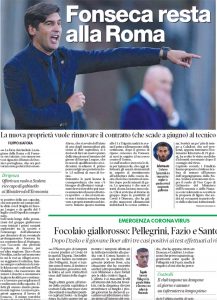 Now, there is no mention of an asking price, whether Everton would allow him to leave or whether Bernard even wants the move, just that Roma, particularly Fonseca, remain interested in a deal.

On the face of it, though, it’s hard to see why Everton would be as resistant as they were in the summer.

Bernard has struggled to be a part of Carlo Ancelotti’s plans other than as a replacement for Richarlison so getting money for him, and his wages off the books, seems like a good option for them to take up.

Of course, Roma will need to make their move first so we’ll have to wait for that to happen come January.