Takvim claim Fenerbahce are looking to sign a winger before the transfer deadline and are still interested in Everton attacker Yannick Bolasie.

The DR Congo winger has been linked with a move to the Turkish giants during the early stages of this summer’s transfer window and Takvim say Fenerbahce are now back in for him.

It’s suggested the Istanbul club are concerned about the form of their current wide attacking players, and subsequently they are still looking to target the Everton player.

Bolasie is expected to leave Everton and the player was also linked with a move to Middlesbrough before the English window closed earlier this month, although the loan window remains open for Championship clubs.

According to Takvim, Fenerbahce sporting director Damien Comolli will head to England next week to hold talks with Everton officials regarding the transfer of the player.

Fenerbahce are looking to loan Bolasie and Takvim say Everton want to offload the player before the European windows closes. 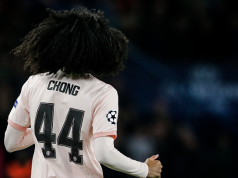