Earlier this week, it was revealed by the French media that Pep Guardiola had personally called Ismaël Bennacer to talk to him about his project at Manchester City.

RMC Sport were the ones reporting this, confirming previous information from Foot Mercato that the Spaniard held an active interest in the Algeria international, currently contracted to Milan.

The French outlet went onto reveal that Bennacer had a €50m release clause in his contract, and that Manchester City could make a move in the ‘briefest delays’.

Corriere dello Sport pick up the story on Friday, making it clear that the Premier League side ‘have not yet made a real offer’, and there’s confidence in the Milan offices the clause could be deterring them.

The reason for that is to actively trigger the €50m clause, Manchester City need to do so in one big payment, as any other offer (if they wanted to pay the fee in instalments, for example) can be rejected. 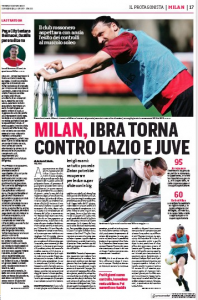 That means €50m cash or nothing.

We all know that’s a fee Pep Guardiola’s side can afford, and if they do, Milan would then be able to register a ‘mega capital gain of over €35m’, allowing them to ‘take a big step forward in the reduction of red in the balance sheet’.

However, this scenario is described as a ‘remote possibility’, and they are ‘not worried about the player’s departure’, and are instead ‘convinced he can be the centrepiece of their future midfield’.

Manchester City now know what to do.