Normally linked with the likes of Inter, Napoli or AS Roma, Jan Vertonghen’s name has become a regular fixture in the press covering Fiorentina.

We’ve done a number of articles on the matter over the past week or so, and now it’s La Nazione’s turn to take a look at the situation surrounding the exiting Tottenham defender.

Out of contract at the end of the month, the veteran is free to choose his next club, and the newspaper make it clear the idea of an ‘Italian adventure pleases him a lot’.

Fiorentina have reportedly thrown themselves at the player ‘with decisiveness’, and the next few days will have to be the ‘right days’ to reach an agreement, ‘or at least a written pre-agreement’, as Vertonghen has a lot of suitors. 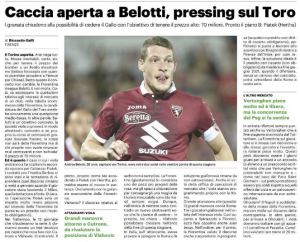 Instead of naming the local competition, like those mentioned in the first line of this article, La Nazione reckon it’s Paris Saint-Germain who pose the greatest threat to Fiorentina, mostly because of the wages they could offer the Belgian and an international platform ‘not to be underestimated’.

It’s certainly something for him to think about, but there will always be the question of whether or not Vertonghen would be a starter with the Ligue 1 champions.

We say that because we all know he would be in Florence, and with the 2020 Euros looming (in 2021), that could be key for the Serie A side.