There’s a sneaking feeling this could have been the plan all along, and Jonny himself may have had no idea about any of it.

Marca explain that Atletico feel they can get a chunk more than the €7m they paid Celta Vigo during the summer transfer window, and that can help the club’s finances as they look to bring in players both in this window and the next.

The Spanish newspaper say the rojiblancos see the transfer ‘with good eyes’, it’s something they’re keen on. Should everyone agree then it could be done very quickly.

Still, despite there now being repeat Spanish reports on this potential January deal, there’s no claim of what the price for Wolves may be, and no reporting from Marca on what Jonny thinks of the whole situation. 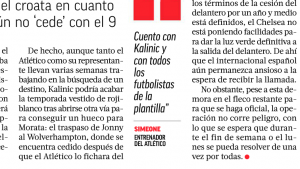 That could be when the potential hurdles start being put on the track.