FC Eindhoven are hopeful they can complete a loan deal for Manchester City midfielder Iker Pozo ‘in the coming days’.

That’s according to Eindhoven Dagblad, who report that the Dutch club are still waiting for the ‘green light’ from the Etihad.

Earlier this month, we covered a report from the Netherlands that stated Eindhoven were hoping to get Pozo back from Manchester City before the end of the transfer window.

He spent last season on loan with the Dutch club but returned to Manchester City in the summer when that came to an end.

He’s not featured for City’s youth side this season, though, and Eindhoven were looking to take advantage of that and get him back for the remainder of the season.

There’s been nothing on the potential transfer since then, but ED report Eindhoven ‘does hope to welcome’ Pozo back from Manchester City ‘in the coming days’.

They’ve ‘been waiting for a while’ for City to give the green light to the deal, and they are yet to do so, instead taking a ‘wait and see attitude’ on the matter.

According to Eindhoven technical manager Marc Scheepers, “Iker would like to come” to the club, but they’re still waiting for City to sanction it as the January window nears its end. 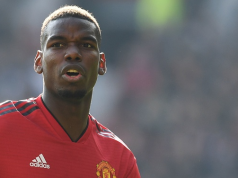