The Magpies retained an option to make the Dutchman’s deal permanent, but earlier reports indicated the Tyneside club decided against exercising it after he suffered a serious injury in January.

Willems’ current deal with the Bundesliga side expires in June and he hasn’t made an appearance for Eintracht Frankfurt this season.

A failure from the German club to convince the fullback to sign an extension will allow the player to leave his current employer as a free agent next summer.

This week’s edition of SportBild has a short update on Eintracht Frankfurt’s wish for the Dutchman in the winter market.

It’s claimed Frankfurt hope Steve Bruce’s side will ‘strike a deal’ to sign the defender for a ‘small fee’ in January. 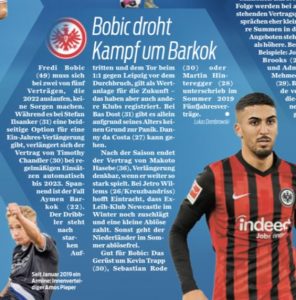 This is what the club is hoping for, and it doesn’t necessarily mean there’s interest from Newcastle.

In the absence of injured Matt Ritchie, summer signing Jamal Lewis has been the first choice left-back for Bruce’s side this season.