Home Europe Celtic player’s time at club ‘has been a flop’ – Struggled from...
SHARE

If there’s one deal Celtic made this season that backfired rather dramatically, it was sending Olivier Ntcham on loan at Marseille.

The midfielder was the reason, at least publicly, why André Villas-Boas resigned from his role in the south of France, and neither the interim manager that followed nor Jorge Sampaoli have managed to get the best out of the French midfielder.

Loaned from Celtic with a purchase clause of around €6m, Ntcham will not be bought by Marseille, who have already put in a lot of work in finding his replacement.

La Provence explain the man near the top of the list is Angelo Fulgini, currently at Angers SCO. 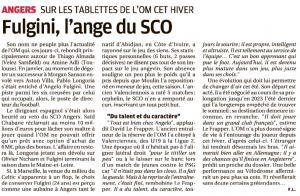 Ntcham, for his part, will be returning to Parkhead, as his ‘arrival’ at Marseille ‘has been a flop’, leaving the Ligue 1 side with a gap to fill this summer.

Whether Fulgini ends up being that man remains to be seen, as someone close to the Angers star told the newspaper he wouldn’t mind going to the Bundesliga, while ‘there’s chances he could end up in England’.

Where, however, isn’t said, but Ntcham, down his end, will soon be heading back to Glasgow and become a problem for their next manager.