Over the past 48 hours, the Italian sports media have brought Arsenal into the picture to sign Dejan Kulusevski in the winter market.

On Friday, multiple reports backed up the Gunners’ interest in the Juventus player. Journalist Enzo Bucchioni even stated the 21-year-old is ‘destined for Arsenal’ and a deal would cost the north London club around €30m.

The Old Lady want to bolster their attack in the next window and have Dušan Vlahović as their main target. They are aware a fee of at least €50-60m is needed to convince Fiorentina to part ways with the striker.

According to Tuttosport, Kulusevski’s sale in January will partly help the Turin club fund Vlahović’s transfer. 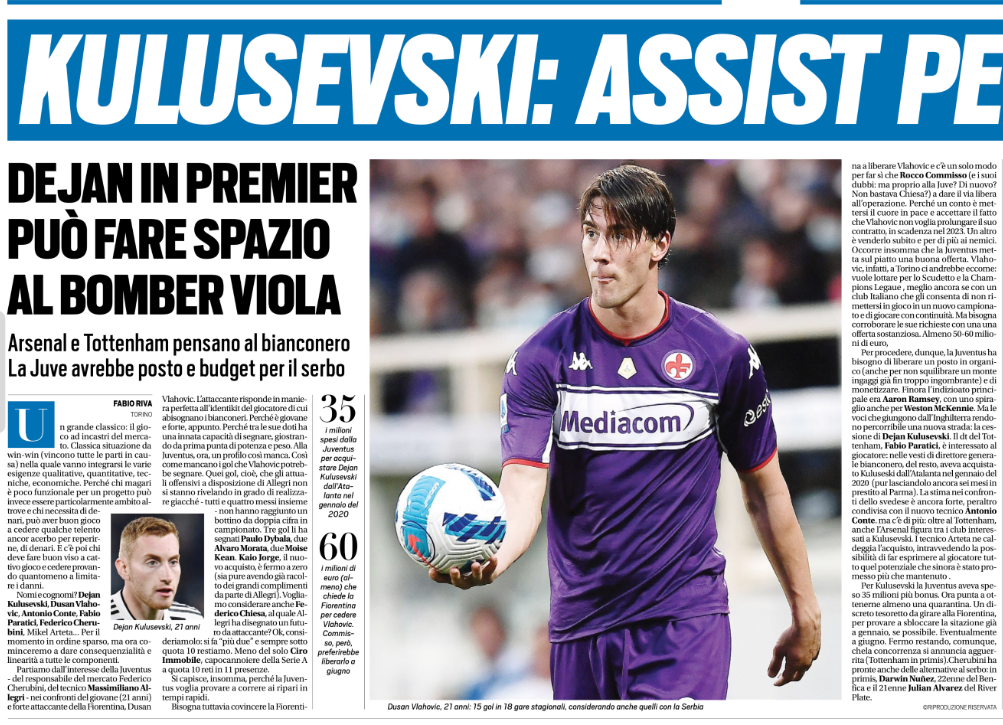 Arsenal are among the clubs interested in the Sweden international, and ‘Mikel Arteta advocates the purchase’ of the former Atalanta man.

Juve invested €35m on the player. Although there were claims yesterday that a fee of around €30m is enough to conclude the deal, Tuttosport state Massimiliano Allegri’s side aim to get ‘at least €40m’ for Kulusevski.

His sale to Arsenal in January can help Juve raise funds to make an attempt to sign Vlahović in the same window.